How’s your self confidence? Mine’s pretty good. I’ve lost some weight (almost a stone by the looks of it), my fitness is on the increase, tan lines are being cultivated nicely. I’m a fairly confident person as it happens. Some of that is personality, some is my training. I’m a lawyer and a lecturer. No job for shrinking violets. When it comes to wearing cycling kit some self confidence doesn’t go amiss.

Even the plainest cycling kit is, arguably, still a bit out there. You might opt for black jersey, black shorts, but it’s still lycra and polyester. It’s still not a look you’d choose anywhere other than on the bike. But it you want to blend in there’s plenty of stuff you can choose to do just that. But there’s also a lot of stuff that’s guaranteed to get you seen, not just in terms of being visible but in terms of being noticed. That can’t be a bad thing. It seems to me there’s a place for kit which is that bit more out there.

Enter Tokyo Fixed and this week I’ve been rocking their Second Wave jersey and bibshorts combo (and a cap as well!). Before I get onto the kit itself let’s talk a little about the company and who they are.

The business was started in Tokyo in 2007 by Londoner Max Lewis, as a blog selling Japanese bike parts. Eventually returning to London a year or so later, Max set up shop in Soho, as Tokyo Fixed Gear before moving to a larger premises and rebranding as Kinoko Cycles to cater to a wider cycling audience. Sadly that didn’t work out but Tokyo Fixed still exists, representing a love for quality products (in the past they’ve made steel frames, components and other accessories, and continue to stock select ’boutique’ cycling brands from around the globe), Japanese design and going fast on bikes. They describe it as a “Passion Project” rather than as a business and, to me, that love for things cycling comes through.

The Wave jersey and bibshorts are one of five full kits that Tokyo Fixed produce. You can get each of the items separately. If you do want “standalone” jerseys there are several other designs available.In addition there’s a fair range of jackets, gilets and other accessories. If you’d like to have a look at the full kits then click here . Each of them is themed and each of them, naturally, has a Japanese look running through it.

The RRP on the jersey and shorts, as a full kit, is £144. Individually the jersey is £85 and the bibshorts £95 so that’s a considerable saving overall. Even if you don’t buy the full kit I think that each item offers pretty good value overall and can show some of the premium brands a thing or two.

The overall look is certainly a unique one and, in determining whether the kit complied with the rules I checked them for the third time in as many week. But, you know what? Screw the rules.

A few things before we crack on. This jersey is available in sizes XXS to XL. I’m an XL at 40″ so, if you’re bigger than me and was fancying one, then I am afraid you’re out of luck. 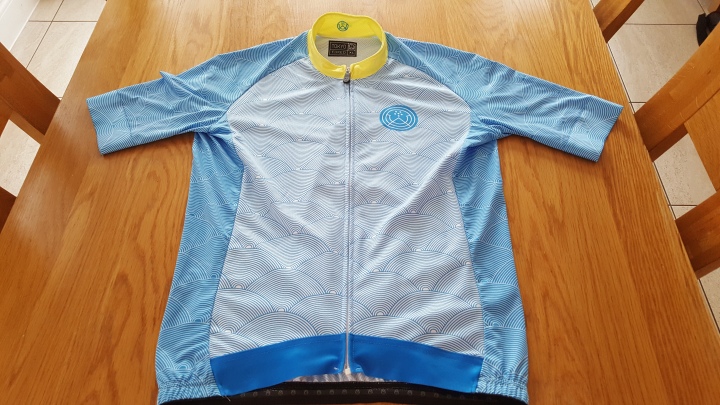 I didn’t really know what to expect. Style over substance? Style with no substance? The truth is somewhat different. Ignore style, that’s up to you. I like it. I think I might prefer the Arrows Jersey particularly in green as it, once again, matches my Supersix and, come on, Green Arrow(s)? that’s really cool. I also really like the Bonsai Jersey though the wife claims I don’t look good in white. Mind, tonight she told me I looked skinny so perhaps we can revisit that conversation shortly as Father’s Day approaches. But, preference aside, I really really like this jersey. Turns out my riding buddies do as well, most of them anyway. Looks are one thing, it matters not if this isn’t a good cycling jersey.

The reality is that there is a real substance to this jersey and I guess that surprised me. I don’t know why it did. I knew Tokyo Fixed as being purveyors of fine kit. But perhaps I was guilty of thinking that they were more about style than substance. I was quite quite wrong.

For a start the detailing is great. Nice print, good collar, great fit. And I mean great. It’s as good a jersey as I’ve tried on in recent memory. It’s that good. It’s properly well made. The zip is a quality item, easy to operate on the move, looks like it will last for years. The collar fits well. In fact, despite the warmth of the last few weeks, I’ve been wearing this jersey with it done all the way up. That’s unusual for me.

You can probably make out the thousands of micro perforations. They make the jersey very breathable. I knocked out a quick (by my standards) 40 miler today in 25 degree heat and never once regretted wearing it.

The wave design carries over to the arm grippers and disguises the fact that they’re that grippy, rubberised type affair. It’s a fairly long sleeve, so consider whether that’s your thing, but it’s properly comfortable and just doesn’t move. I noticed today that I no longer have razor sharp tan lines. I now have a graded section as a result of wearing a shorter sleeve one day and a longer sleeve the next. C’est la vie. 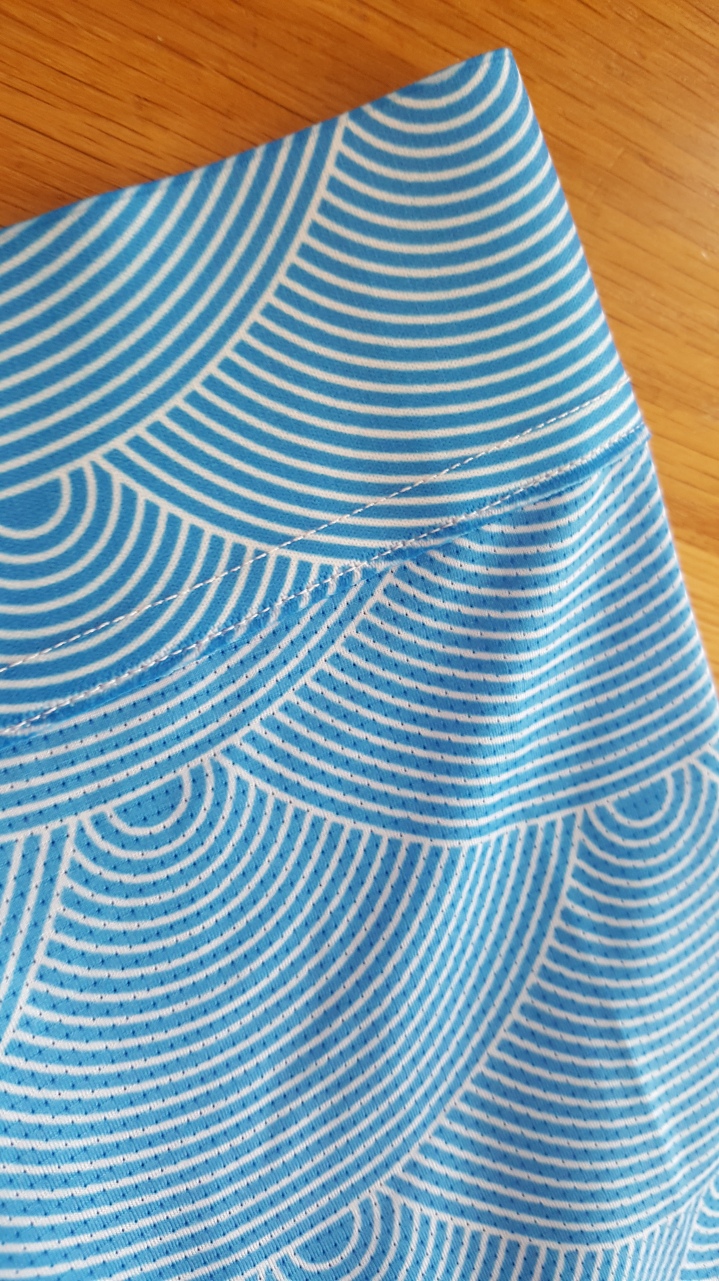 Waist duties are taken care of by the ubiquitous large elastic band type gripper thing. Round the back is a slimmer elastic runner with silicone inserts. Tokyo Fixed logos abound, testament again to that detail. The waist section really works and the jersey is spot on in terms of its length. Once on I never had to play with it regardless of my position on the bike. 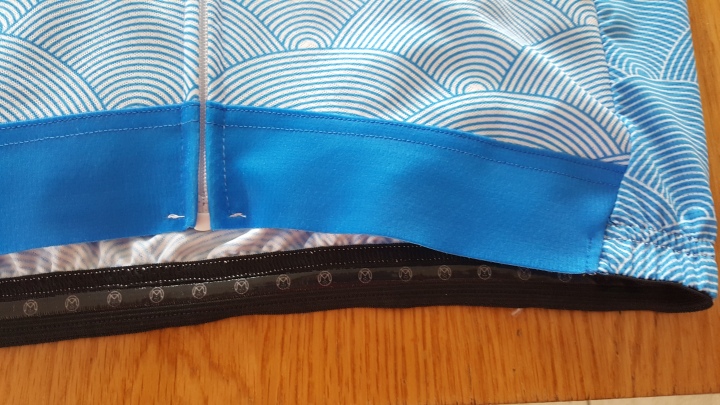 There’s a nice bit of contrast at the rear with yellow pockets (x3) making an appearance. I found these sufficiently deep to swallow my large mobile phone and other items. There’s a separate zipped pocket with a reflective trim. 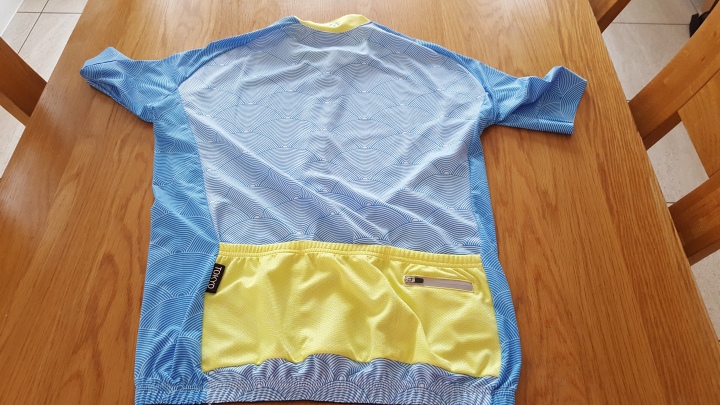 It’s all there. It all works. It surprised me. It’s rapidly wormed its way into my heart to become one of the best jerseys I’ve worn. At the price they want for it, given the performance elements it has, I’d say it’s actually something of a bargain. It becomes a greater bargain if you buy it as full kit, of course.

One thing Tokyo Fixed don’t claim for it is any type of aero performance. I think that’s missing a trick. Of all the jerseys I’ve tried which claim aero this one must be up there. It’s like a second skin but not in a bulgy way. Just a nice, proper form fit. I really don’t think it would be out of place on a Thursday night TT. Similarly I’d be really happy doing some substantial climbing in this. It wicks really well, it’s lightweight. I just couldn’t find fault with it.

This is probably the controversial bit. I mean, they match. I sent a photo to a mate and he asked me two things. The first was whether I’d lost weight (I’m pleased to say yes) and the second was whether it was a skinsuit. Contrast blue waist gripper on the jersey aside, I can see how you could have that view. There’s literally nothing here to break up the flow of the second wave design. Another mate opined that they looked a bit like pyjamas.

And that’s the thing. It brings us back to style and confidence. If you like the look, wear them. If you don’t, get some black ones. Though, if you want some Tokyo Fixed ones, you’re limited to the excellent Search and State model.

Construction wise these are fairly straightforward. Great quality lycra sewn together well. There are no anatomical claims but they fit like the figurate glove (again I’m an XL in these). The white mesh section comes up nice and high (Assos take note) and the tech involved in the straps is arguably old school. No bonding, no elastic. Just light, meshy material with thousands of holes. You know what? It just works. They’re extremely comfortable.

So far, so nice. I mean, these are just great shorts that match. That’s their raison d’etre isn’t it? Can they actually be good shorts?

Well, yes, and then some. And much of that is down to the pad. A new one on me and I had to google it. 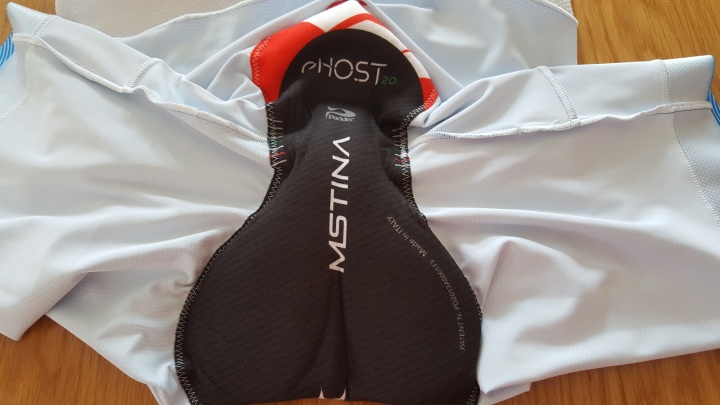 It’s a MSTINA Ghost 2.0 pad and it’s brilliant. Indeed the kit is designed by Tokyo Fixed and made by MSTINA who do some pretty high end custom clothing.

There’s no fancy cut outs, no KuKu penthouse. Nothing that seems all that advanced. other than some pretty colours. When it arrived I thought it felt a bit hard actually and I wondered whether it could match the very best. I’ve no idea of the science involved here but these are a seriously comfy pair of bibshorts. It’s honestly one of the best pads I’ve sat on and the equal of the rather excellent Parentini pad in my view. It’s that good. Which makes the rrp of £95 for these all the more surprising.

The legs are quite long, as you’d expect with this type of look. The elasticated grippers are properly sized and comfy. They do what it says on the tin.

That’s how they look from the back. There’s little more to say. Would I change them? Actually, yellow grippers would be nice (ditto) the jersey. But these are really great shorts. The lycra is silky and soft and it all sits together nicely. Skin suit? Yeah, whatever. I wonder whether all skin suits have this level of comfort. I’ve done quite a few hundred miles in these now. They’re a bit incongruous when matched to a very green Supersix. But there was are. Other colours are, of course, available.

Oh, and there’s a cap, if that sort of thing takes your fancy.

We’re living in a golden age for cycling kit with so much choice and so much quality. Basically, choose your look and choose your manufacturer. If you want to get something that’s a bit different to the norm then you really should have a look in and see the stuff that Tokyo Fixed have to offer.

My review kit is shortly winging its way back to them and I’m sad to see it go. But, you know what, it’s Father’s Day shortly and I reckon that Green Arrow kit is quite the thing. It’ll match the bike and it will be awesome to wear. So, I’ll be ordering one, that’s how impressed I was. Tokyo Fixed, yoku yatta.

One thought on “Tokyo Fixed Second Wave Jersey and Bibshorts”