Or, as Assos call it, the Milleintermediatejacket_evo7. And that does make it fantastically difficult to find. So try Wiggle, search for mille jacket and it doesn’t come up, neither does mille jersey, but evo 7 and intermediate work. That’s not great when you’re trying to launch a new product and, frankly, I came upon it only by chance.

You might recall that I am quite quite fond of the “previous” Intermediate S7 jersey. In fact I think it’s among the best pieces of cycling clothing ever made. It might even by my outright favourite. What it is not, is cheap. It has an RRP of £185 though, obviously, shop around.

The Mille is a replacement for the Intermediate. Except that it isn’t. Assos’ website claims of the “old S7” that “this is it! The next generation, brand new successor to the legendary intermediate Evo long-sleeve jersey,” and of the “new mille” that it’s “The successor to the intermediate jacket, we’ve created a mille-cut jacket that will give you the ultimate in performance at an amazing price point.” Clear as mud. Given that the S7 remains it seems fairly clear that the intention is that both jackets replace the old (very old) intermediate evo jersey and that this new Mille is, in effect, a budget version of the S7.

Budget. From. Assos. That’s pretty remarkable in itself. It’s clearly not budget as we’d come to expect from the value brands. But it’s definitely premium budget. So, try and find a Rapha windproof jersey at the RRP of this one (£135 by the way, but expect to pay around £120). It’s a full £65 less than its predecessor. So, inevitably, comparisons are not only there to be drawn, they’re pretty much obligatory. Given HOW good the S7 was/is, is there any point paying for it when the Mille exists?

The Mille is part of Assos’ “tiburu” range. More confusing phraseology but, think autumn and spring wear. It’s essentially a lightweight long sleeve jersey (and not a jacket) with a massive great windproof front. It’s something that should have a very narrowly defined temperature range but, like the S7, partner it right, get a base layer/gilet and it’s almost a 4 season piece given how rarely true winter now visits these parts.

Fit wise I have to digress from Assos’ claim that you buy the same size. That’s plainly wrong. So, where I take an XL in all of Assos’ tops I take a large in the Mille range. My view is that you size down. When I overlaid the XL Intermediate S7 on the L Mille they were the same size overall (ignore any differences shown below, I’ve moved the overlaid garments for comparison).

It departs from the previous design and utilises the asymmetric arm setup of the Mille summer jersey. They’re pretty much all black, but you can choose red, white or yellow arms. Or you can go all black, and, despite Assos’ new “profblack” range they won’t charge you a premium to be shorn of colour. Unlike it’s predecessor, whatever colour you choose, all the backs are black. That’s not as good for visibility, of course, but far better for avoiding muddy streaks. It’s a fairly standard setup. You can make out the windproof section here which is a slightly darker affair.

And round the back it’s the usual 3 pocket with separate zipped pocket design. Reflective strips are good so there’s a good addition of visibility there. The pockets are deep and robust. I won’t deal with quality too much in this piece because, well, this is Assos. The branding is quite subtle overall, you’d not really know what it was until you looked really closely unless you were familiar with how Assos use that particular pattern effect. 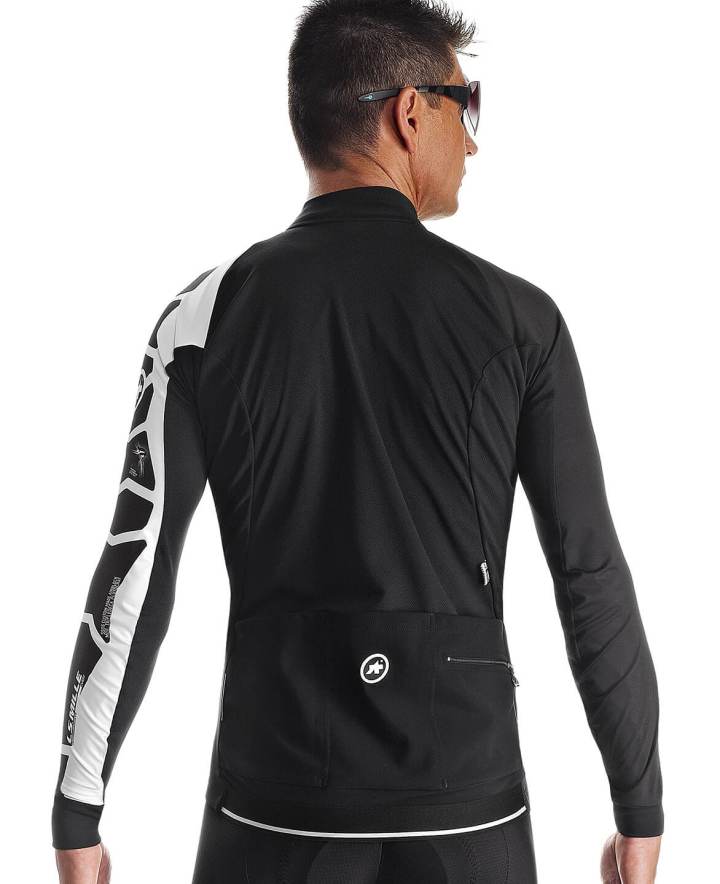 It’s pretty hard to review, this. In isolation it’s yet another winner. You could end it there and say that it’s brilliant. But it seems to me that this review has to consider why it exists alongside the more expensive one, is there something wrong with it?

So I set about seeing what the difference is. And primarily it’s all about that windproof front. It’s a hardier,  slightly thicker thing so is likely to be that bit more protective but also possibly a bit less breathable. If you look at the picture below the one on the right is the S7 and on the left the Mille. It’s a little less flexible in the hands but in use I didn’t find that it altered the fit at all and I couldn’t really discern any great difference in breathability. It’s interesting to note that the Mille is around 17g (yep, I weighed them) heavier than the S7 and it’s here that most of the weight occurs in my view. There’s no fancy material naming or stickers to tell you what proprietary windstopper is in use here. It’s just a windstopper. 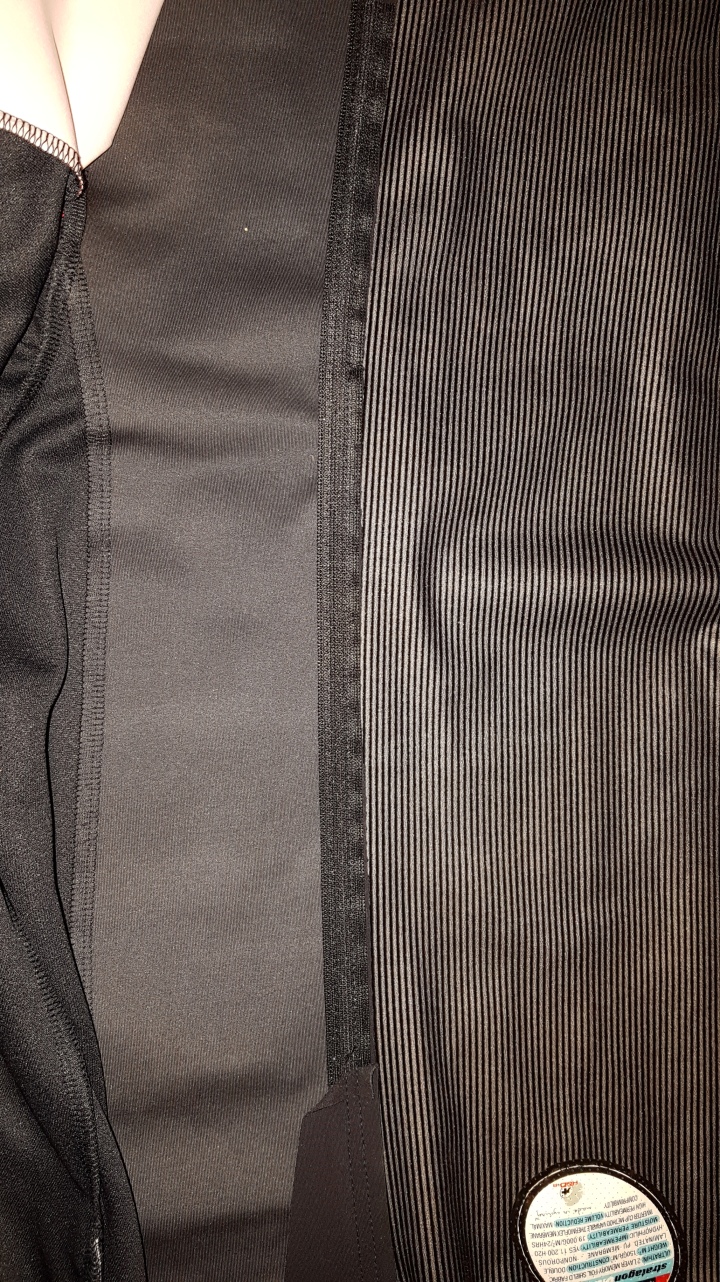 The waist termination is also a little different. There’s no separate articulation on the front of the Mille but the back shares a similar elastic band. It just works. 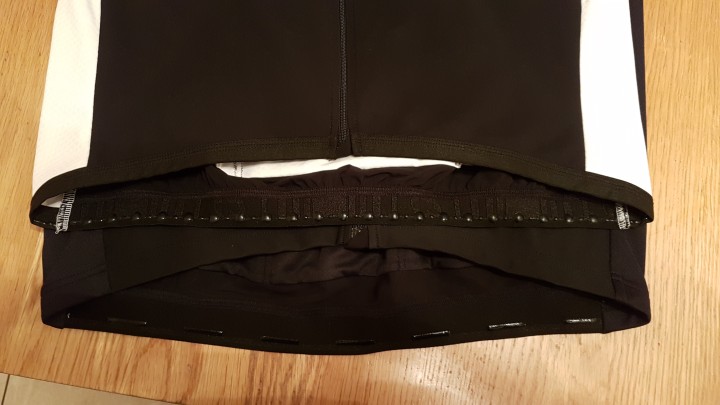 The patterned structure at the rear is a more dense material than the S7 (right) but in practice feels pretty much the same. And the arms ditch the dual fabric approach with the same base material used in each segment.

Finally, the wrists. The new ones are fairly typical of most approaches to wrists nowadays, but, I have to say, I always loved the old ones and continue to think that the looser approach is a more successful one on this type of jersey. The arms feel like they might be slightly more closely cut now but it’s a very tiny difference if anything. 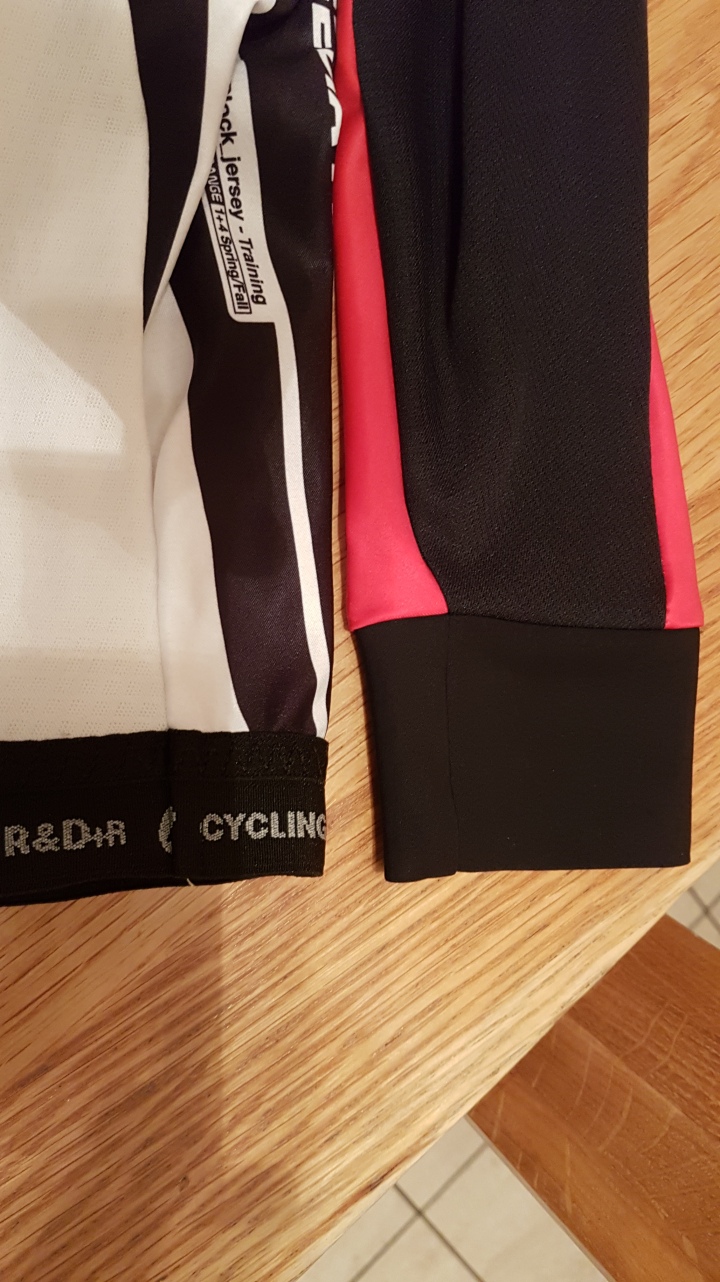 So, it’s clear that there have been measures to cut costs and lower the RRP. Away from the windstopper the jacket is pretty much all the same material. The windstopper itself appears to be more basic in construction. I’ve been wearing it in the early morning temperatures back to back with the S7. They feel the same overall whatever the temperature is. It’s possible that the newer model is slightly hampered by higher temps on the afternoon ride home (you can easily ride these in 16-18 degrees temps) but, equally, it may be slightly better on colder mornings. Above all, it’s supremely comfortable, just like the old one.

Does that mean that there’s a place for the new one and does the old one justify that substantial premium? Well, it rather depends. There are elements of the old one that I prefer, the wrists are nicer and I like the symmetric sleeves but in all other respects the new one is just as good and, therefore, pretty much close to perfection. There’s no rocket science in Assos’ approach to making this garment. It’s not even brain surgery. You just take a decent windstopper layer and add some nice feeling fabric elsewhere. The neck section stands out as being particularly comfortable in this regard combining sufficient neck protection but also having a really nice next to skin feel. Elsewhere it’s the stuff of witchcraft, a fabric that’s nothing really special, whatever Assos call it, that works well in higher temps but can be suitably layered to stave off even those initially biting mornings. Chuck in a Falkenzahn gilet and you really are made.

Other manufacturers do similar things, the Gore Xenon Jersey/Jacket (beware, there are two types) extends the windproofing down the leading edge of the arm. It’s a really nice piece but, at RRP, the Mille is a better choice for me primarily because the fit is spot on. Rapha obviously do it a bit differently, the winter jersey (please could everyone just opt for a category that’s consistent) is heavy sports wool that is undoubtedly better first thing but will end up too hot as the weather warms. And I think that the beauty of this piece is that it’s got a really good temperature range.

So, there you are. If this is a successor to the S7 Intermediate then it’s a very worthy one indeed. That it isn’t a replacement is problematic because, aesthetics aside, I can’t really think of a good reason to spend more. And it isn’t just this piece that’s “budget” Assos, there’s a Mille winter jacket that replaces the Ij.shaquno. It’s a little bit unique in terms of looks (not quite a departure from the storm trooper aesthetic yet) but it’s certainly a cheaper winter jacket than we’ve come to expect from Assos. It looks very much like the Mille range is being positioned at normal cyclist sizes at much more reasonable prices. Budget Assos, who knew?