Let’s get straight to it. This is a lovely lovely thing. And let’s also deal with the other thing. I have absolutely no knowledge of F1 and no interest in it. But, from what I can tell, Petronas Mercedes do appear to have the nicest colour scheme and that’s reflected here. So, yeah, there’s some branding on this. For me, I’m entirely neutral on it. If you’re a Ferrari fan, it might be an issue.

Anyhow, you will remember that I adore the Assos Falkenzahn Gilet. It is without equal because, well, no one else makes anything remotely like it. But it was never cheap, not even in the sales. And while the Team Vest is not a Falkenzahn and it’s still not what you could call cheap per se, there’s enough genealogy here to suggest that this is, like the new Mille Intermediate Jersey, if not a repositioning of Assos as a budget brand, then another effort to make parts of the range a little more affordable.

There’s not a lot of information out there about the Team Vest and it’s not that easy to get hold of. You can order it straight from Assos themselves (and it does come very quickly) and there are a few other UK stockists as well. It’s got an RRP of £120 which is certainly not cheap but it’s considerably cheaper than the Falkenzahn and certainly in line with the other premium brands. 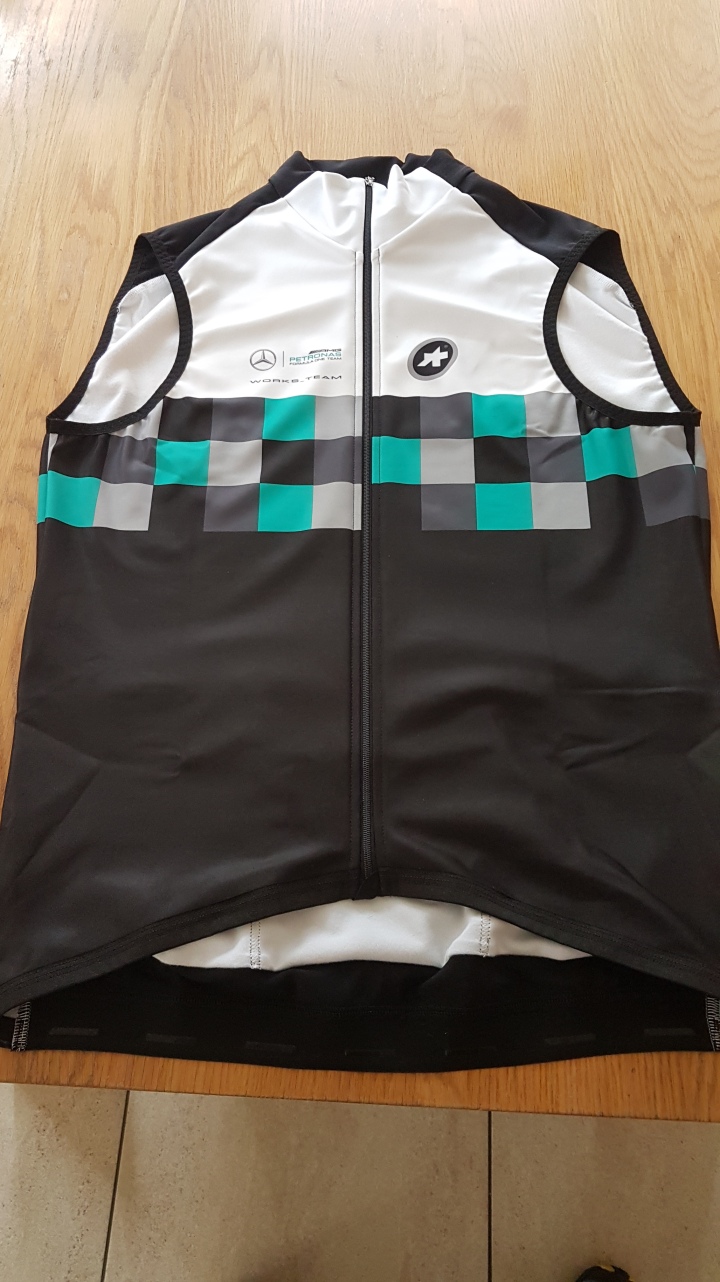 Once again Assos take a different approach. This isn’t a rain proof or even rain resistant shell. It’s not even windproof. It’s a thermal gilet and that’s actually quite a rare proposition. In some ways it’s a product that shouldn’t exist because it shouldn’t actually work. Where the Falkenzahn is high tech and proprietary Assos make no grand claims for this. And that’s fine, it’s all about the performance after all. What we have a is a 3 season thermal gilet. 4 if you count the fact that true winter has all but disappeared in the UK.

One of the sublime things about the Falkenzahn was just how springy and form fitting it was. And despite this essentially being ‘only’ roubaix backed polymix none of that incredible fit has been lost. Once again I ordered the XL (I tend to size up with most of the Assos range, new Mille aside) and it’s perfect. And not only is it a perfect fit, like the Falkenzahn it has an incredible ability to mesh seamlessly with any other garment in the Assos range. So, chuck the Team Jersey underneath and you’re sorted for spring/summer and those cooler mornings. You can get the Intermediate jersey under there and it looks like it was all designed to fit together. You can even squeeze the Tiburu jersey under and tough out some of the colder winter days. It’s also a pretty great under warmer for something like the Habu jacket. This is testament to Assos’ ALS system which ensures that all layering fits properly together. 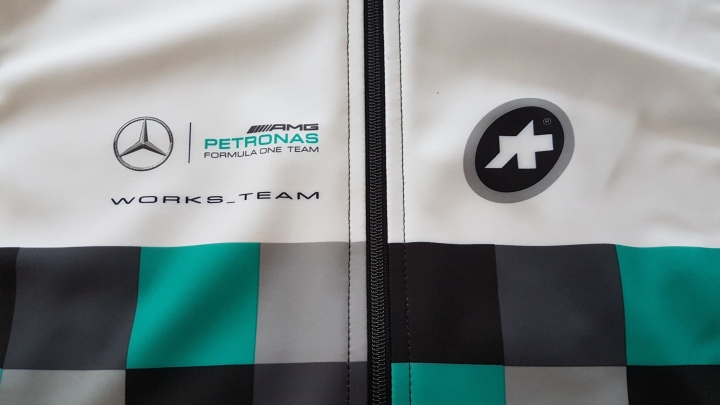 One of the things I particularly like about the Team Vest is the high collar. Once again it’s pretty stretchy and form fitting. The black shoulder panels are a carry over from the Falkenzahn, a waffly fabric that retains a little more heat despite their lightweight construction. The arm sections are elasticated and trimmed all the way round. It’s oh so comfy. 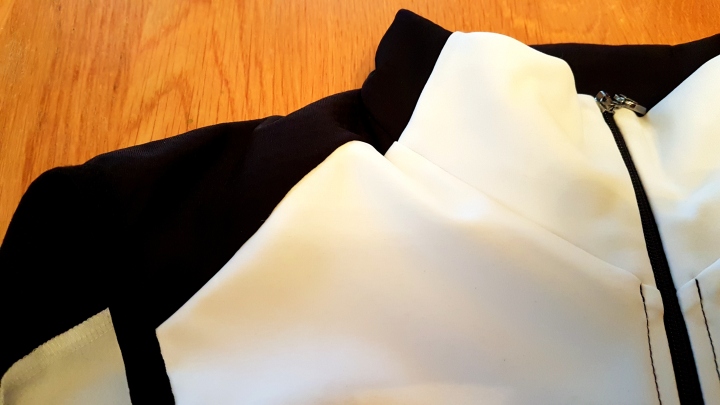 The internal structure is a roubaix type fleece. It’s fairly thin but that’s all you really need. It makes it that bit more versatile as you can’t overheat in it. Indeed, you can probably get away with this into the upper teens in the summer without having to stow it. You can stow it as well, though it’s not the most packable thing out there.

Around the back and we have three nice deep pockets and a single reflective band. Really deep pockets actually, so you can stow a load of your kit in here. It would make a pretty good audax vest in that respect. Or a cool weather sportive companion.

I’ve been using this extensively over the last few weeks including some days sans mudguards. Being white (in places) it will pick up some road grime but it cleans very well. I’ve used it down to about 0 degrees with a Tiburu jersey (review of that coming soon) and it’s superb. Despite the lack of any windproofing you can’t feel any wind coming through and your chest remains warm. Cooler mornings that become milder days are easily taken care of as well. It’s hugely versatile, great looking and, of course, built to last. Despite the cheaper price, nothing about Assos’ quality has been lost in the transition.

I’ve used my own money to buy both the Falkenzahn and Team Vest so I’m well qualified to comment on which I would buy if I could only buy one. And, despite the F1 branding, my view is that the Team Vest is perfection. If I had to own only one, it would be this.

But, my plea to Assos is to make it accessible for everyone. Keep the team one for the diehards, get a ‘plain’ version out there for everyone else. A bi colour version aping the current Falkenzahn design would probably sell very well. It might even be, copyright issues allowing, that a checkerboard colourway without the branding would be a good look.

My perception is that there’s a subtle shift at Assos towards a larger range of products that cater for more pockets. The new Mille Intermediate Jersey is an absolute winner. This Team Vest is superb. I’m currently using the new Mille ‘entry level’ bibshorts (which have replaced the Neo Pro) and they are also amazing and cheaper than even the old Uno were. There are some gaps. A more affordable full on rain jacket and, notably, some form of Gabba. If they ever get round to making such a thing, watch out.

But, for now, this will do very nicely indeed. It might actually be my new favourite thing. But, the thing is, I will shortly have to tell you all about the Tiburu shorts, and those are very special indeed.