I did it. Steel bike incoming. Ditto a Brooks Cambium saddle, nice thin mudguards and a rack. There’ll also be a rear rack bag on the way and, maybe, some panniers. But, in the meantime, I’ve been playing around with bar bags because I’m utterly fed up with rucksacks of any kind whatsoever.

And the Ornot bar bag, while being a long way from the cheapest, just seemed to be so damned stylish that I just had to. And, so far, three other mates have one too. Might be the start of something.

Let’s start with getting one. It’s not awfully easy. So I clubbed together with a chap from bikeradar and we ordered direct from Ornot. After using the initial 15% discount code, free postage because we ordered enough to take us over $150 (took about a week to come) AND being hit with customs charges, we paid around £67 each. Not too bad. Without customs it would have been closer to £50. Alternatively, if you want to avoid all that hassle then Always Riding are knocking them out for £105. Which, I think I have to say, is quite a lot of money for a bag, stylish though it is. 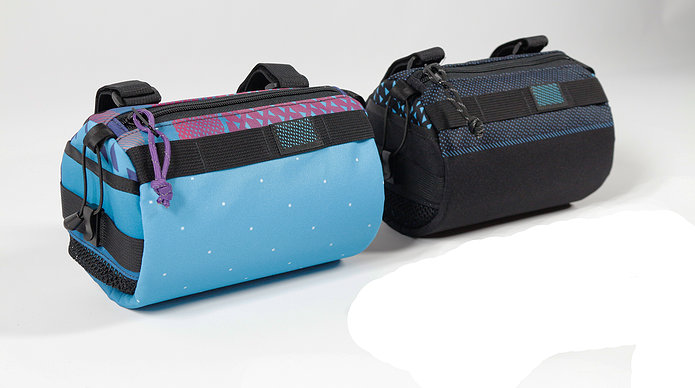 Currently the bag is available in the blue/plum colourway and all black. Mine was bought when the spotty version was all but sold out and I think we nabbed the last two. Sorry. In terms of litres, I have no idea. I suspect the answer is not many. Probably about 1.5 litres capacity or 2 at the most. And no, I’m not pouring some liquid in there to find out. But I could because, as you will note, it is utterly waterproof both outside and inside. Don’t worry about the seemingly non waterproof zip, I’ve used this in torrential rain and nothing gets in. Short of dunking it in the river, you’ll be fine. It might even survive that, useful if you’re into some canal side riding. 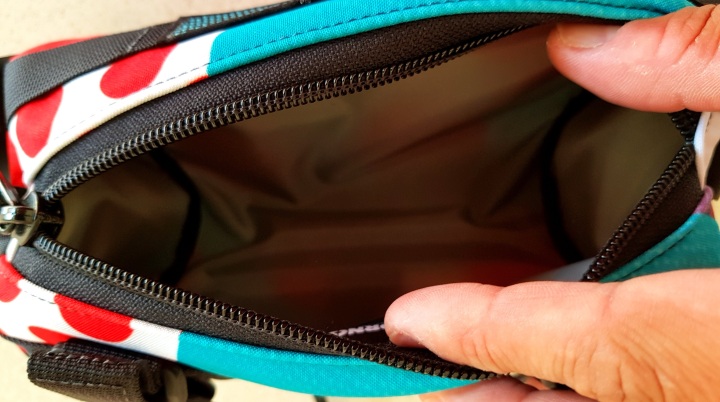 It’s a pretty easy thing to install, just wrap the velcro straps round the bars. It sits where it should, there’s no sag, the straps are long enough for even the most difficult bars and any excess tucks neatly out of the way. There’s a bungie at the bottom to wrap round the bar tube. Installation is a piece of cake, see here.

There’s even storage on the sides as well. Enough for even the biggest mobile phone of phablet. Stick it in, put the bungie over the top to keep it all secure. 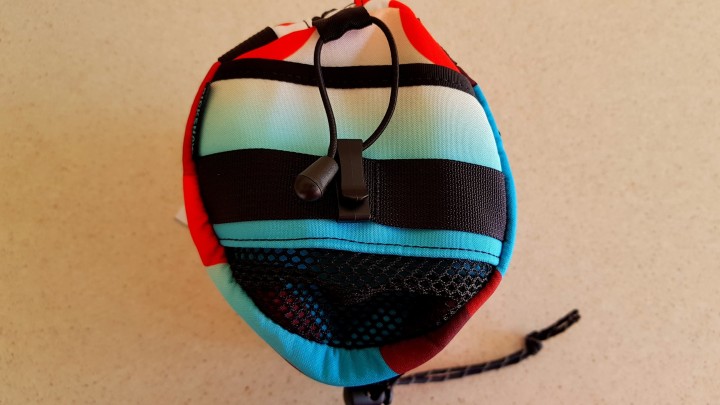 Capacity is small but it’s pretty easy to get what you want in there. Sandwiches, phone, wallet, you can stick your spare tubes etc in there too. Cameras fit, just as long as it’s not your biggest SLR. I even got a pair of trousers in it this week, though they did need a pretty good iron when I got to the other end. 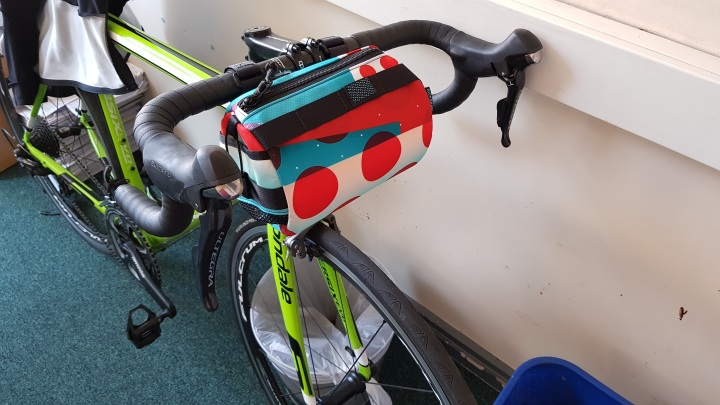 It’s EVEN cured my OCD. So, here is a red, white and blue bag on a lime green Supersix.

So, the question is why. And the answer is, why not? In this world of Garmin, Strava and Power meters it’s easy to forget that riding a bike is more important than breaking every record all of the time. Riding a bike should be about the journey and not how fast you get to the destination.

But, short of racing a crit or doing cyclocross, you could leave this on all the time and still do all those other things. It doesn’t get in the way of your hand position on the hoods or drops and you get used to it on the tops of the bars. All I would say is that if you have 42 or 40cm bars you may need to slide your hands further out than normal. And, those straps do take up a little bit of real estate on the bars meaning that the addition of lights, bells etc is that little more difficult. But not really insurmountable.

I did a 110 mile charity bike ride the other day and, if I’d had this, I absolutely would have taken it. It’s become ever present on my commute. Would I use it on a sportive in the Alpes? Maybe not. Would I use it on something like the Dragon Ride 200 miler on a blustery damp Welsh day? I think I would. Why not, it allows more supplies and it has no effect at all on speed. So why not.

Other bar bags are available. Other bar bags maybe cheaper, depending on how you buy. But I do think that the Ornot has the style edge on many of them. It’s easy to install, looks good and I have little doubt it will last a very long time. Recommended, but it’s a good idea to club together with like minded individuals to get the very best deal.