Anyhow, the Assos range of bibtights is, perhaps, a little complicated. The ‘main’ moniker is Bonka or Habu depending on warmth. So, the Bonka is top of the range, and for the coldest of days, and Habu mid range and for the milder ones. When the Mille sub-nom is added, it becomes a slightly cut down version of that product. So, what we have here is the ‘cheaper’ Bonka and Habu in Mille form. Cheaper being, of course, a relative term. So the RRP of the Bonka is £180 and the Habu £165 (the more expensive ones being £320 and £250 respectively). If conditions are milder than these pieces allow then move to the Tiburu bibknickers and bibshorts.

There have been some changes over the years to the Assos cold weather bibs. Most notably the old windproof cod piece has disappeared. This is, to an extent, a bit of a shame. It certainly did keep things more protected. But, it was also slightly less elastic than the lycra which surrounded it so it did have a slight impact on comfort. So, what you lose on the one ball, umm, hand, you gain on the other.

In terms of overall construction the two are pretty much identical to look at. There are differences, and I’ll come to that in a bit. But it’s the new lower front, minimal straps and meshy back. There are no foot loops. Get the size right and there’s sufficient length for all. Mine are large and they are absolute perfection in terms of fit. 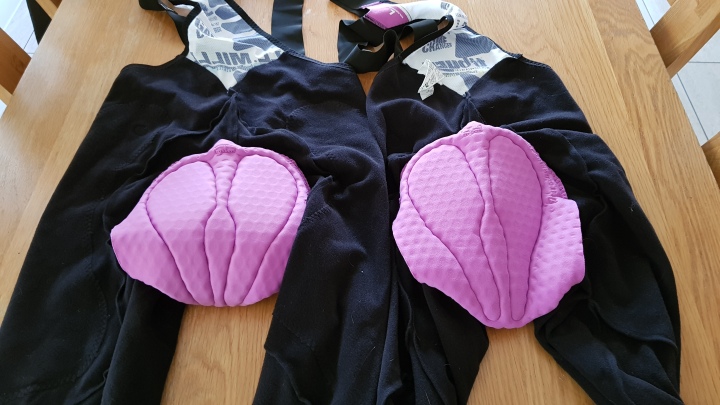 The pads are the same across the Mille range now. So, on the left here is the Bonka (Mille), on the right the Tiburu (Mille), and it will come as little surprise that the Habu Mille is identical too. It’s a great pad.

The insides are lined with roubaix type fleece and it’s super warm. Again, there are some differences, and I’ll deal with them below. It may be ‘just lycra’ but, as usual, this is Assos’ proprietary own fabric. 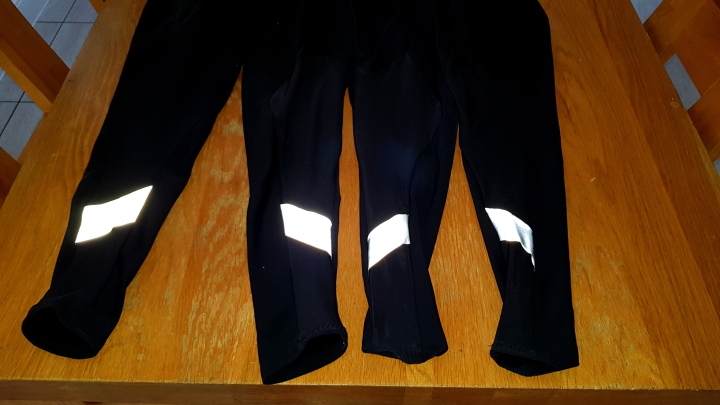 Both have a very nice set of reflective pads at the back, these being raised at just the right height to stay visible if you’re wearing overshoes. The backs are articulated and shaped, there’s no bunching at the knee, it all just works.

It’s in the front of the knee that you can start to see some of the differences. That stitching on the Bonka (on the left) gives away its more robust construction. Each of the variants has a different type of lycra and fleece being used. The Bonka use an RX heavy fabric and the Habu the RX medium. But the Bonka is also double lined right down to the mid shin section with a lighter fabric behind the legs to help with articulation. The Habu, being intended for milder (or less cold) rides, lacks that double lining. Move up to the non Mille variants and the same is true but there are a few more bells and whistles for you money, such as a move to the Cento and Equipe bib pads and, in the case of the full on Bonka, a bit more reflective trim. Whether that justifies the additional cost is a matter of debate.

The entire range also benefits from a DWR water repellent treatment. It’s very effective, and water runs off unless it’s absolutely lashing it down. So far, all of the Assos kit I have with this treatment, continues to impress and it hasn’t yet washed out.

The intended use of the Habu is spring and autumn and the Bonka deep winter. I’ve personally found that I use the Habu right down to freezing but am quite happy knocking round in them at 15 degrees too. They are very versatile and, for my money, the most comfortable bibtights I’ve worn. The Bonka are full on, amazingly warm and for the very coldest days. They easily deal with temperatures down to the minus figures and only really get to be too warm at 10 degrees plus. They are a shade more restrictive because of that double lining but it’s not really even worth mentioning.

It’s interesting that Assos eschew the windproof panel option and, in my view, it works. These are both absolutely terrific pieces of kit. Indeed, such is the versatility of the Habu Mille that, to some extent, it does call into question the need to ride in the Tiburu 3/4 given the upper temps you can ride in them. But, equally, the Tiburu are happy to go up to even warmer temps without being too uncomfortable. It’s good to have options.

And if it’s freezing then Bonka Mille tights plus Bonka jacket really can be described as being as close to cycling armour as it’s possible to be. Deploy the built in balaclava, get your gloves and overshoes right and you’re close to being impregnable. But protection is nothing without comfort and, naturally, that is also an area that Assos excel. It’s not cheap, but the quality is legendary and the warranty and crash replacement backup you get is second to none.

So, if the Mille name is being added to make more budget Assos then long may it continue, because, on this evidence, there’s nothing budget about these at all. Highly recommended.

One thought on “Assos Bibtights: Bonka and Habu Mille S7”